Samsung Galaxy S21 series is expected to be unveiled in mid-January 2021. As per the previous reports, these smartphones will feature a punch-hole camera display similar to their predecessors. Moving forward, a new patent reveals that Samsung is working to put the selfie camera under the display.

According to the latest info, Samsung applied for an ‘Electronic device including sub-display and method of operating same’ at the World Intellectual Property Office on June 19, 2020. Following this application, the filed documents by Samsung has approved and published by the WIPO on December 24, 2020. 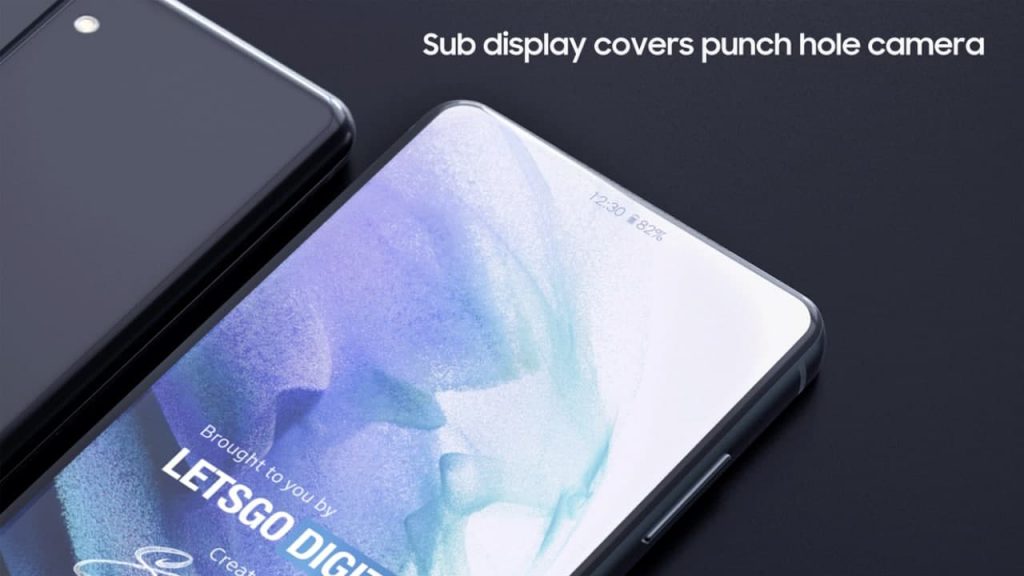 The patent clips developed by LetsGoDigital show that Samsung is working on a smartphone that has quite narrow screen edges with a rounded display. Its display carries a transparent area at the center top and a secondary display has placed under the transparent area which brings capabilities to the phone to hide the dual-camera setup and the LED flash when not in use. Its first camera lens can be used as an iris scanner for biometric authentication while the second can take images and record videos.

Samsung has planned to implement a built-in driver that can move the sub-display from top to bottom as well as from left to right mechanically to hide/unhide the transparent area of the display. It is worth mentioning that the documents also hint that the screen can also be operated with an S Pen 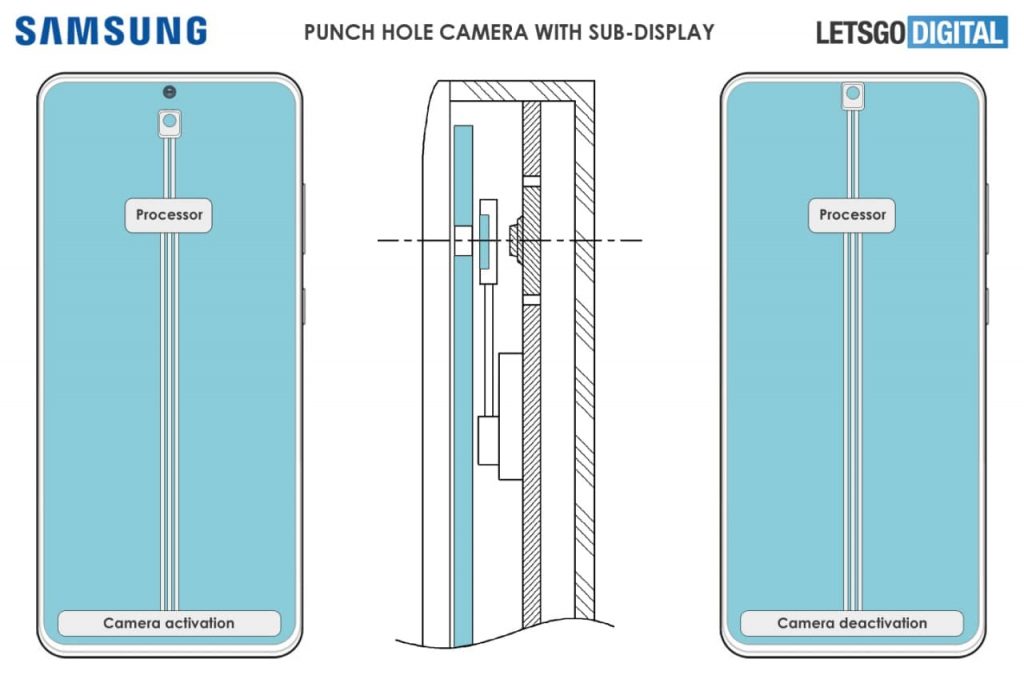 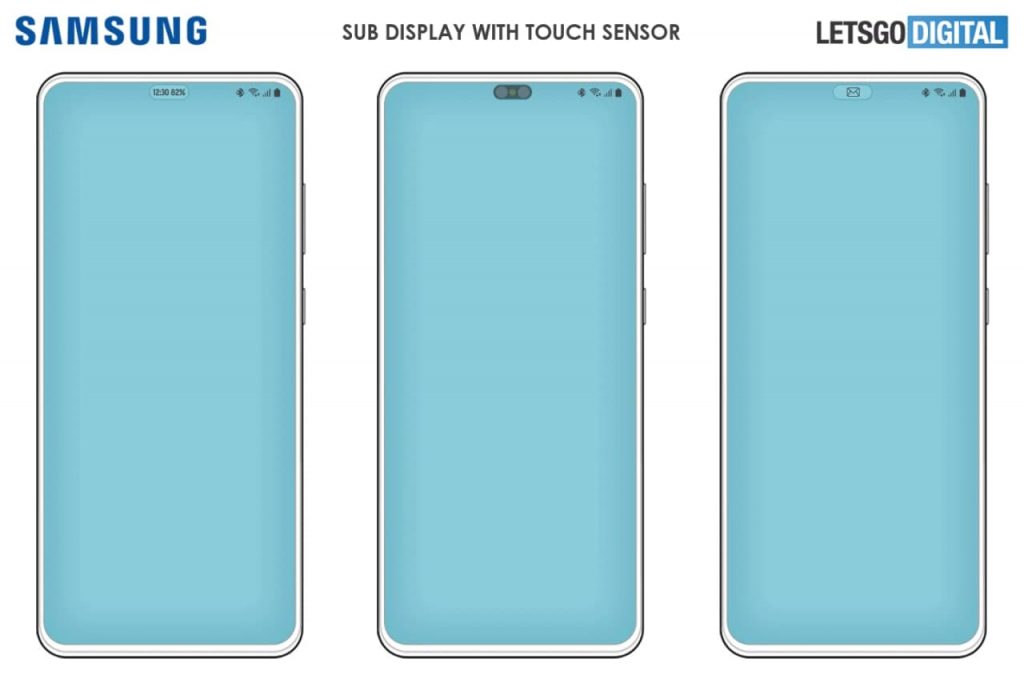