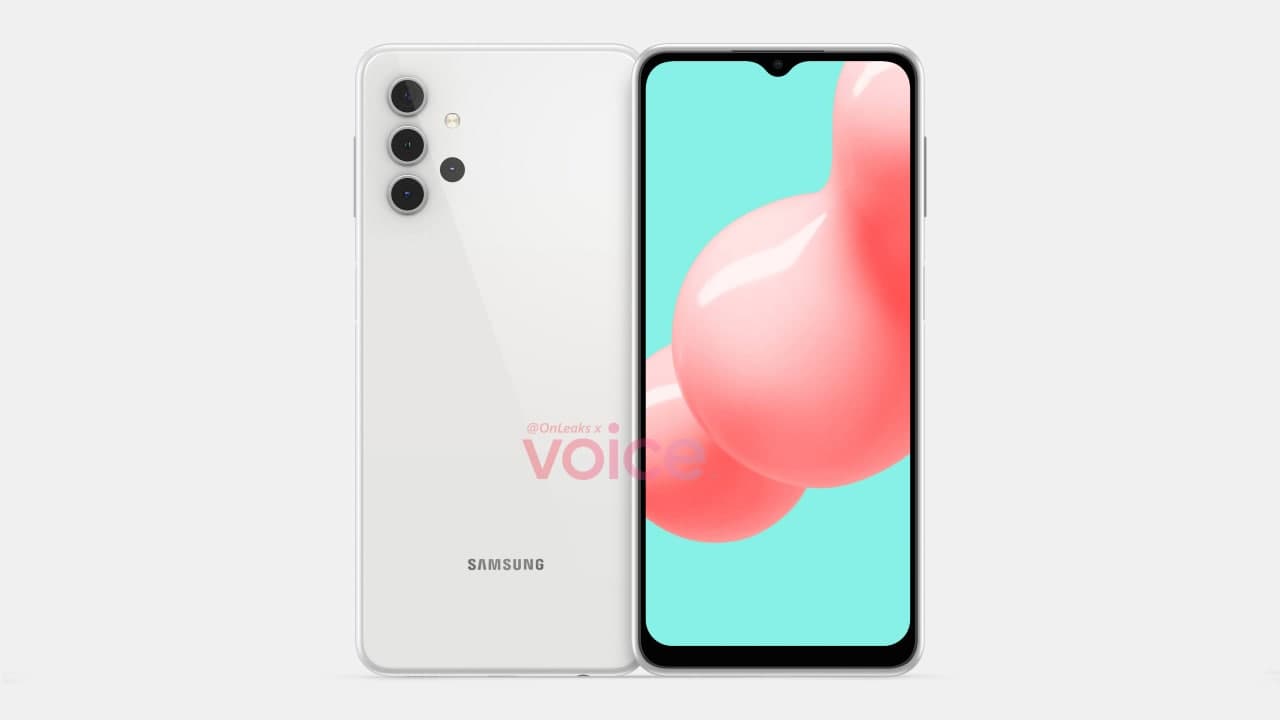 Yesterday, we’ve reported that Samsung’s upcoming affordable 5G smartphone Galaxy A32 5G has passed the FCC certification. The FCC listing exposed that this device will have 5G bands 28, 77, and 78, dual-band Wi-Fi b/g/n/ac, Bluetooth 5.0 with LE, NFC, and a 15W fast charger.

According to the latest information, an unreleased smartphone of Samsung having a model number of SM-A326B has been spotted on Geekbench. The model number of that device hints at the Galaxy A32 5G that has equipped with a MediaTek Dimensity 720 processor and Android 11. 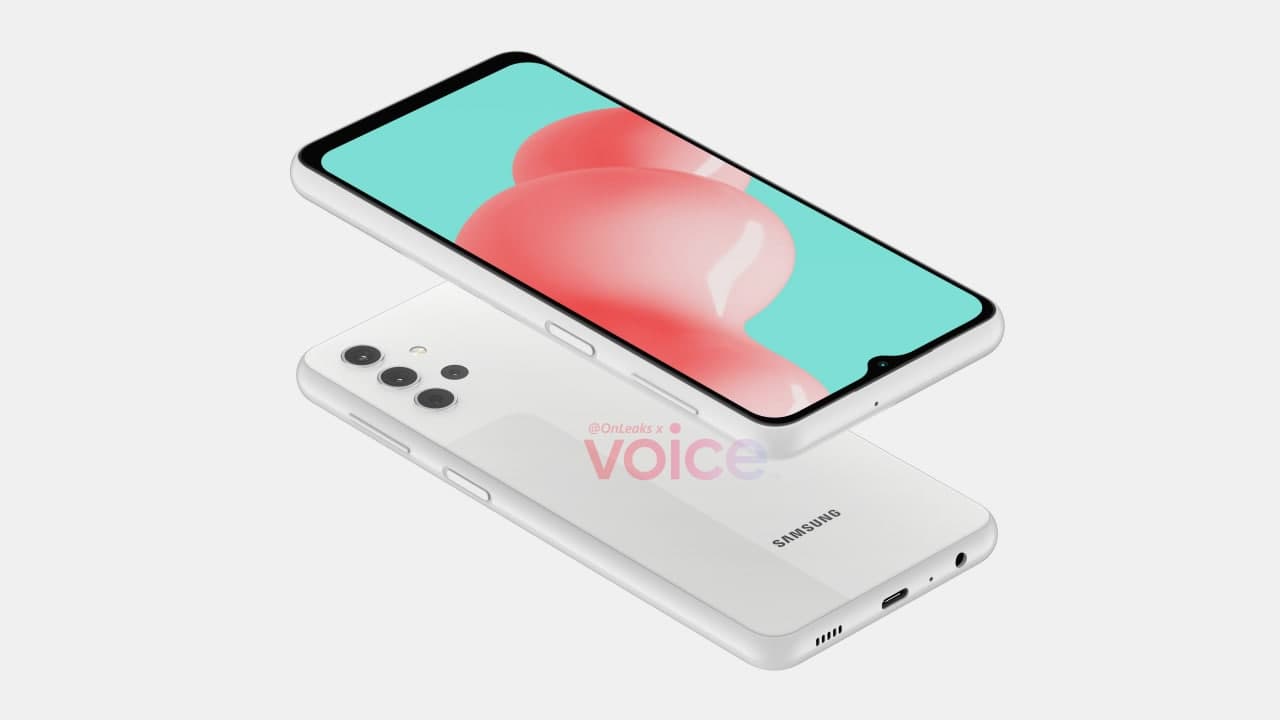 Adding to this, the Galaxy A32 5G has a 4GB of RAM that secured 477 points in the single-core test and 1,598 points in the multi-core test. The benchmark data clearly indicates that the upcoming affordable 5G smartphone of Samsung will come pre-packed with Android 11 and One UI 3.

As per the previous reports, Samsung Galaxy A32 5G smartphone measures 164.2 x 76.1 x 9.1mm and has a fingerprint sensor in the power button. Followed by it has all the essential ports including the USB Type-C port, a 3.5mm headphone jack, a speaker grill, and a mic at the bottom. 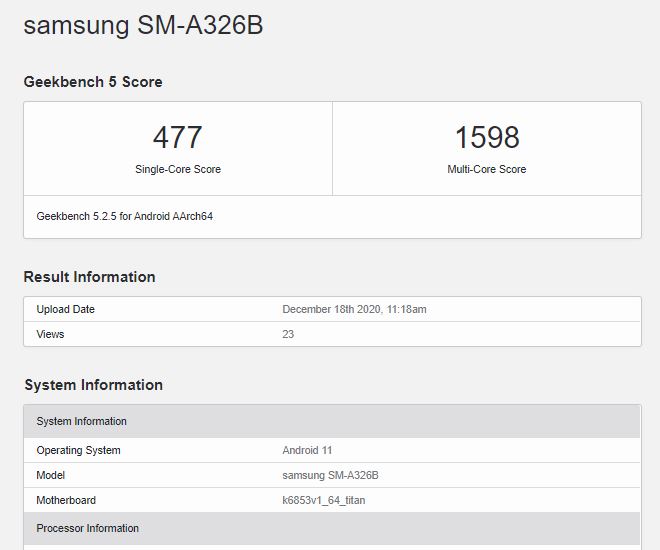