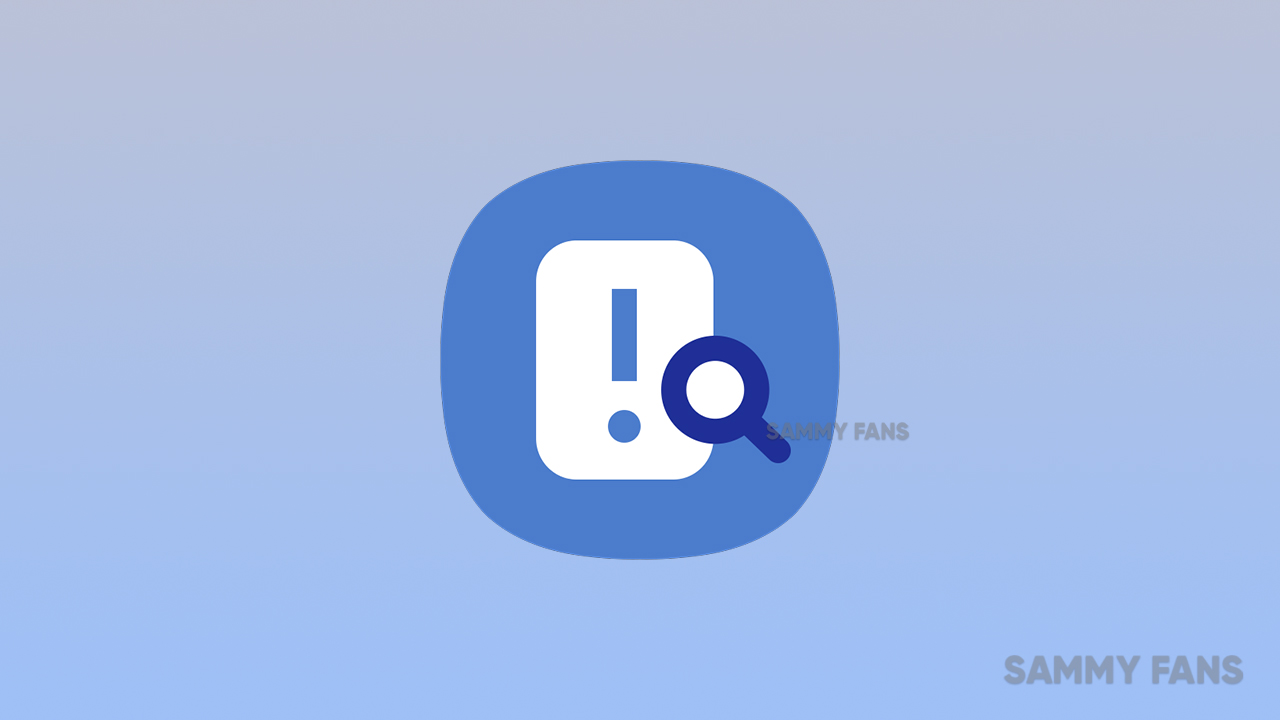 Samsung Good Lock allows you to easily personalize your device in more than one way to suit your preference. One UI added the best-customized user interface offers the best user experience resembled with other Android devices.

Good Lock’s Nice Catch module a part of the notification gesture, that provides a detailed history of when apps made vibrations, changed the ringer mode, changed call mode, displayed ads, showed toast popups, or woke up the screen, along with time interval for all instances.

An alert digital guardian of your apps and what they do when you do not see them. As you click on an app, it will show the list of exact times that vibrate.

Nice Catch is made to let you know which application starts the vibrations and annoys you.

Press Vibration history on the app’s main screen and you get a list of applications that made vibrations. Please make sure that the switch is enabled before use.

Good Lock has again brought a new animated logo that shows the Autumn season scene that looks beautiful. In the scene, there is a branch that is a maple tree as well as an animation of the falling leaves of various trees. You can see the animation of leaves by touching the logo.

Samsung recently released Good Lock 2.2.4.36 update which redesigned the entire interface. Along with the new categories, the company also brought a new logo and features like adding modulus to the home screen through this update. Now, the company has again refreshed the logo of the Samsung Good Lock.

The refreshed Samsung Good Lock logo gives an amazing look to the overall interface of the app. This new logo shows a night view of a full moon where there are many stars, clouds, and shadows of 2 rabbits on the moon.

Furthermore, GoodLock is written on the logo in white color and a little shadow has been used in it. You can see this on the top of the page, just after opening the Good Lock app.

In addition, you can see the details of modules you haven’t installed without opening them, directly on the Make Up and Life Up categories. To be mentioned, the logo has been changed without any new update, so if you have received the GoodLock 2.2.4.36 update then install it to enjoy the new features.

Previously, the company removed the boring text in the header and added a graphical logo of a beach scene that includes football, a round sun cap, coconut trees, and a musical instrument. If you have got the update GoodLock 2.2.4.36 update

With this update, Samsung replaced the Unit and Family categories with Make Up and Life Up as well as distributed all the modules according to their functionality. The company brought a logo, a new first page UI, add to home screen feature, and more. You can check the full detail here… 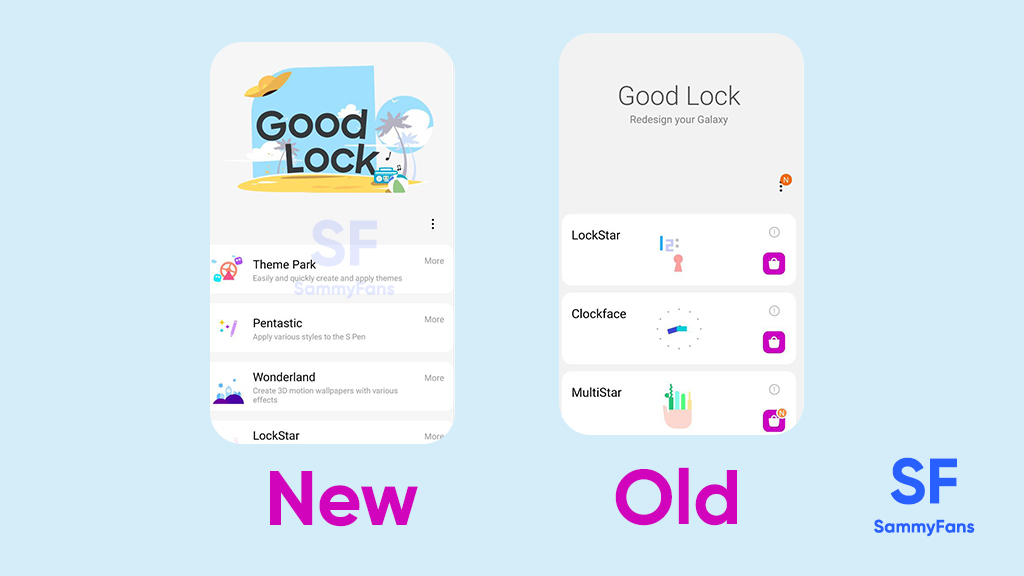 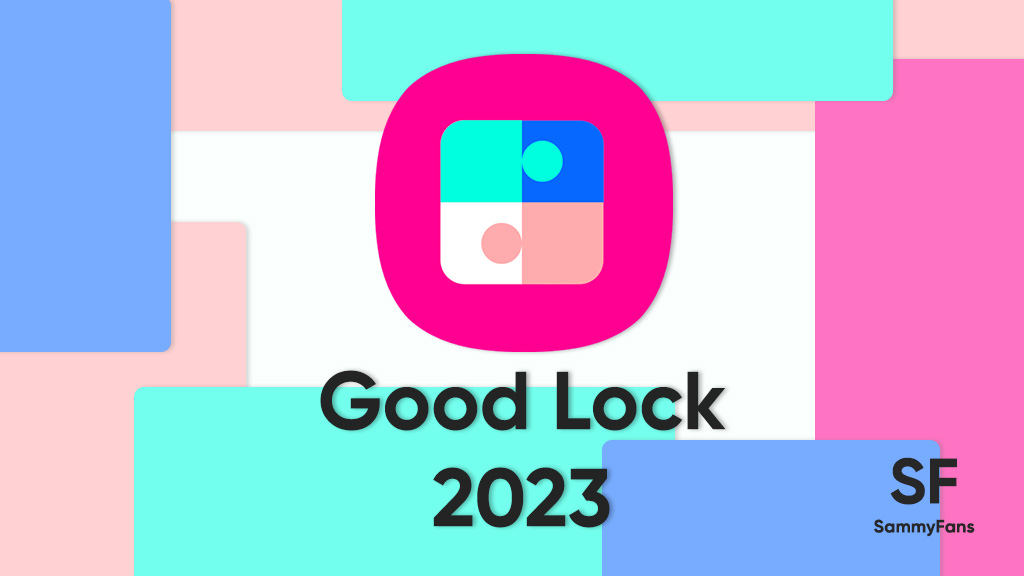 Good Lock is an app developed by Samsung exclusively for Galaxy devices. It provides several One UI customization services (modules) by which you can make your mobile interface more beautiful and easy to use. Hopefully, Samsung will launch Good Lock 2023 for eligible Galaxy devices soon.

On Android 13-based One UI 5.0, multiple apps and modules of Good Lock have stopped working because of compatibility issues with this new One UI version. Since the customization of the UI is based on the operating system, the company needs to re-optimize Good Lock to bring One UI 5.0 support.

In early August, the South Korean tech giant started the Android 13-based One UI 5.0 Beta program for the Galaxy devices, starting with the S22 series. It’s expected to be expanded for Galaxy S21, Galaxy S20, Note 20, Galaxy A53, and Galaxy A52s phones as well.

Due to compatibility issues, the Galaxy device running One UI 5.0 cannot properly use the Good Lock functionalities. But with Good Lock 2023, the company will resolve all issues as well new will release new features for the consumers.

As Samsung has started the One UI 5.0 beta program for its eligible devices, the release of Good Lock 2023 is not far away. To make all Good Lock Module One UI 5.0 compatible, the company will soon release a major update for Good Lock so that there is zero possibility of modules shutting down or crashing.

Samsung hasn’t shared its plans for Good Lock 2023 at the moment, but we can expect the company to release a major update to Good Lock around the Galaxy S23 launch, which means early next year.

Samsung recently released a new update for Good Lock with version 2.2.4.36 via the Galaxy Store. The Korean tech giant keeps improving the app on a regular basis, but this time the company has made some major changes along with general improvements through this new update.

According to the changelog of this update, the company has replaced the Unit and Family categories with the Make Up and Life Up. In the Make Up category, those Good Lock models have been placed that make your smartphone’s interface more beautiful and customizable. 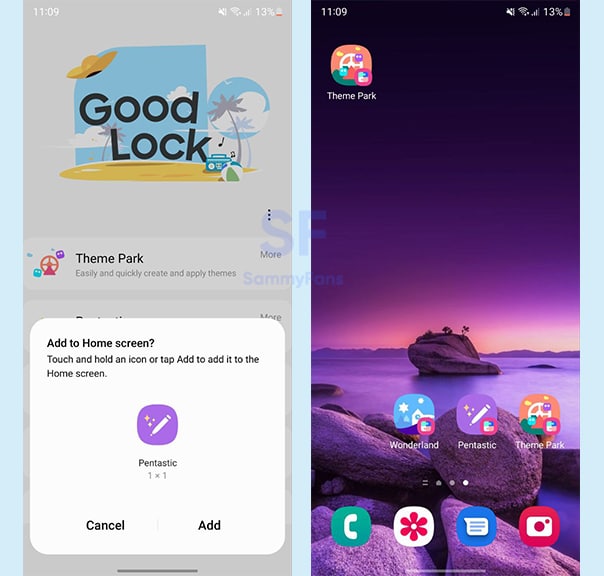 In the Life Up category, you can find models that will help you to use your smartphone in a more easy way. Below you can see which module is in which category.

Further, the company has changed the Galaxy Store icon and Detail option to place the “More” option in front of each module. On clicking the More option, you will get these four options: 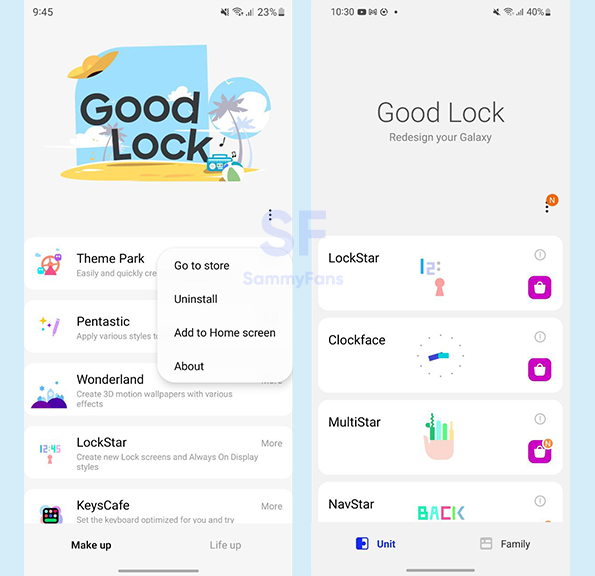 Now, you can add your Favourite module to your Home Screen by using the “Add to the Home screen” option. After clicking this option, you can click Add or touch and hold the icon to add it to the home screen.

With this new update, the company has added an image at the top of the page, which is of a beach scene with a football, a round sun cap, coconut trees, and a musical instrument. You can see this, just after opening the Good Lock app. Previously, there was only ‘Good Lock: Redesign Your Galaxy’ written. If you have got the update then update it soon and enjoy the new features.