Samsung edge screen is a customizable feature that consists of the edge panel and edge lighting. You can make it your own and have the information or actions you want available with just a swipe and a tap.

The Apps edge, located within the edge panel, displays your five most frequently used apps for you to access at a moment’s notice. You’re also able to customize it by adding apps or deleting apps.

From the edge screen, you can also access and set up App Pair, which allows you to open two apps at the same time. This is beneficial if you find you use two apps together frequently.

The Edge Screens on your Galaxy phone automatically dismiss some touches to prevent unwanted interactions while you’re holding the phone.

To prevent faulty touch action, Samsung has applied this technology. Hence touch action for the Edge area maybe not working properly due to some conductions.

However, the Touch area for an Edge side on the touch screen could be adjusted by an application which is Edge Touch on Galaxy Apps. 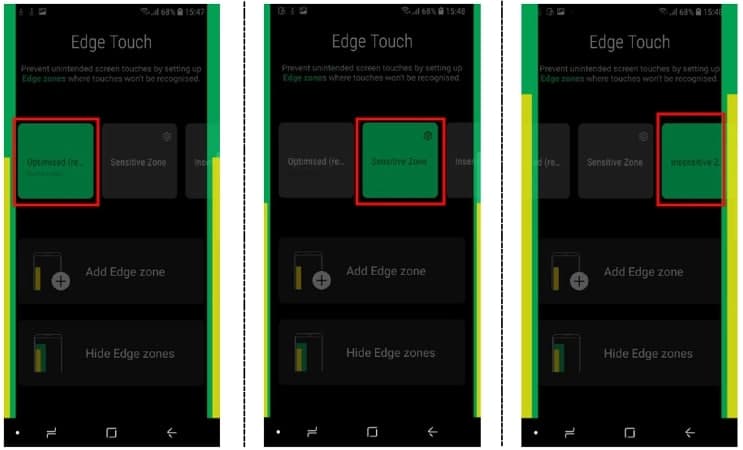 To adjust the Edge screen follow the steps which are listed below.